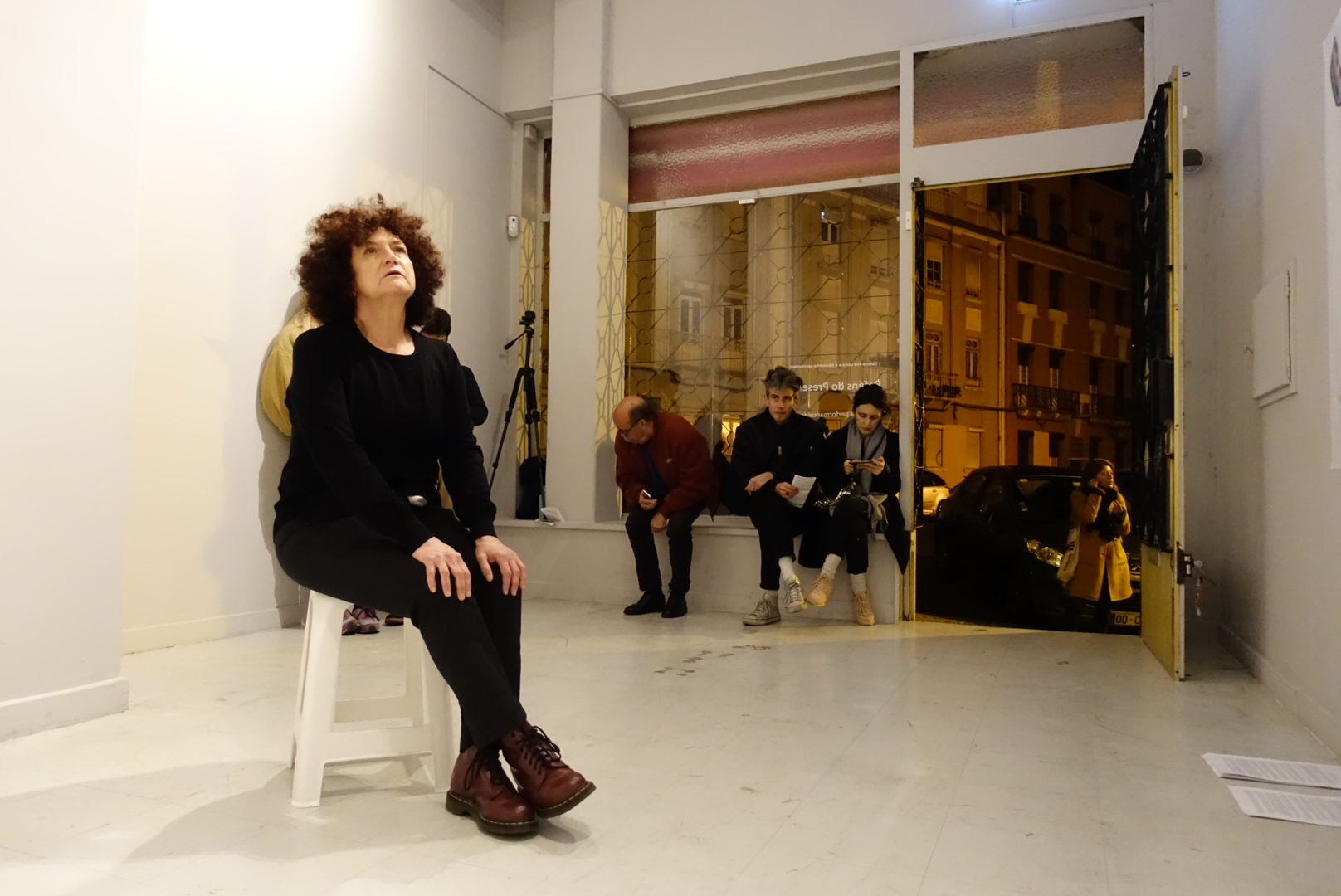 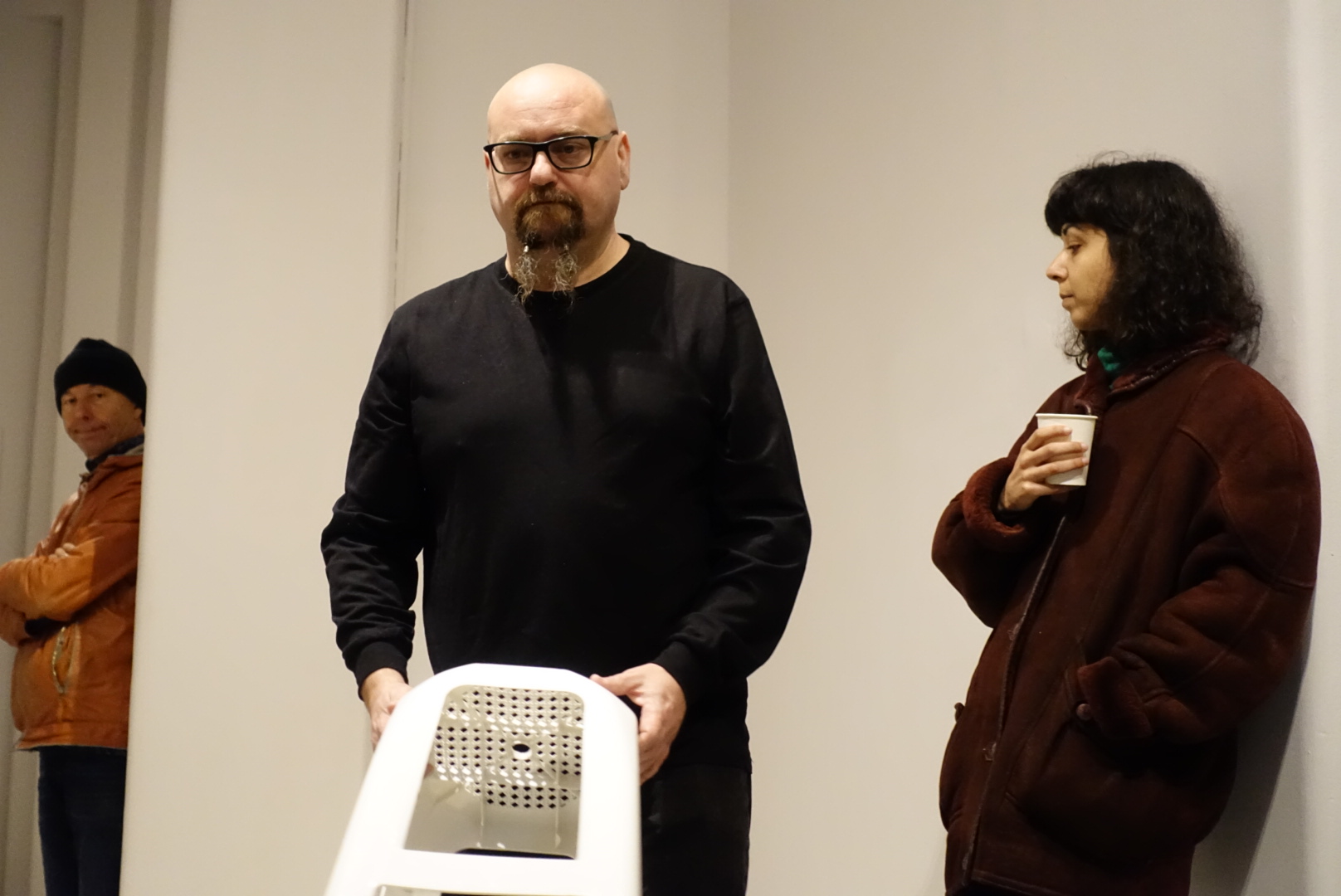 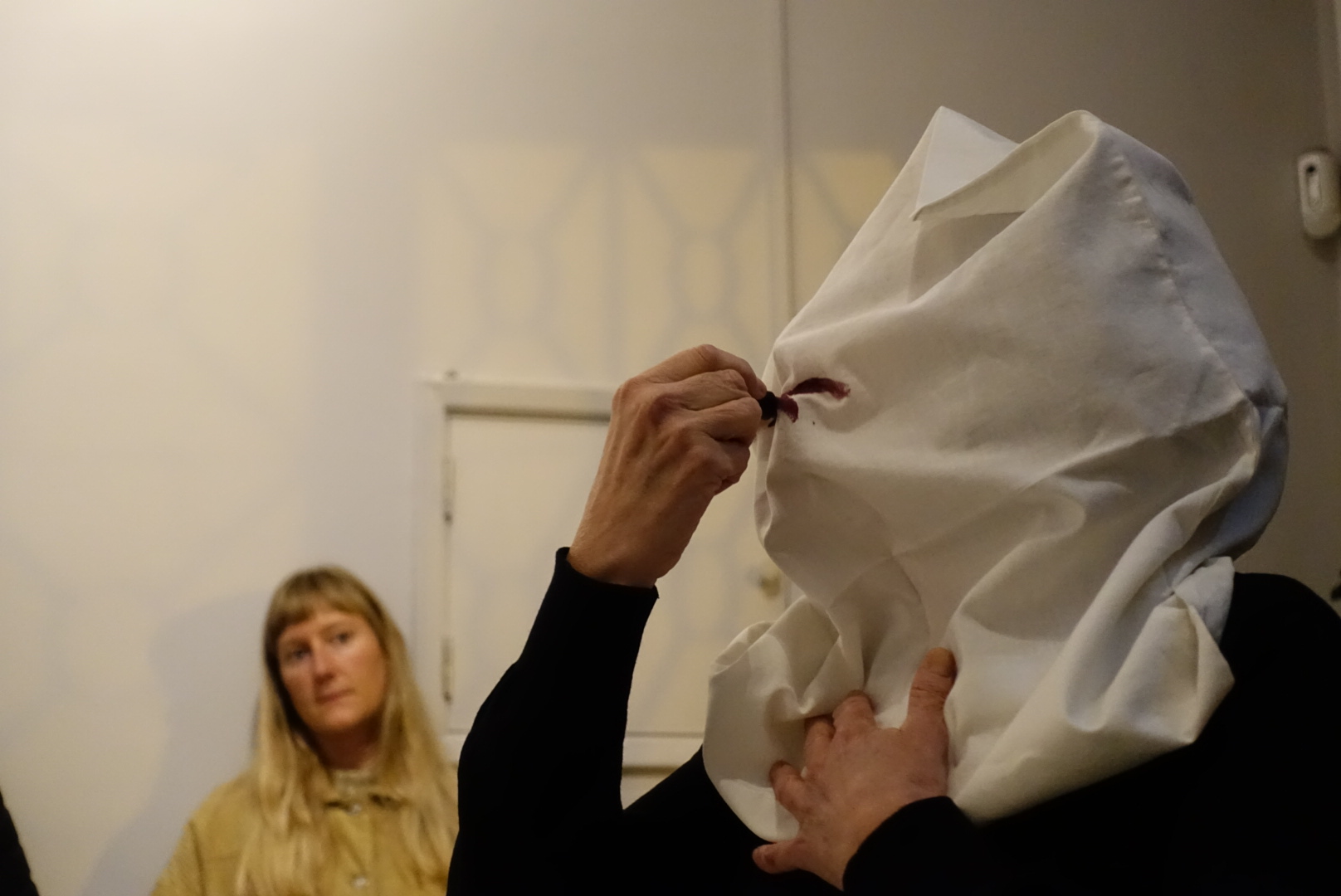 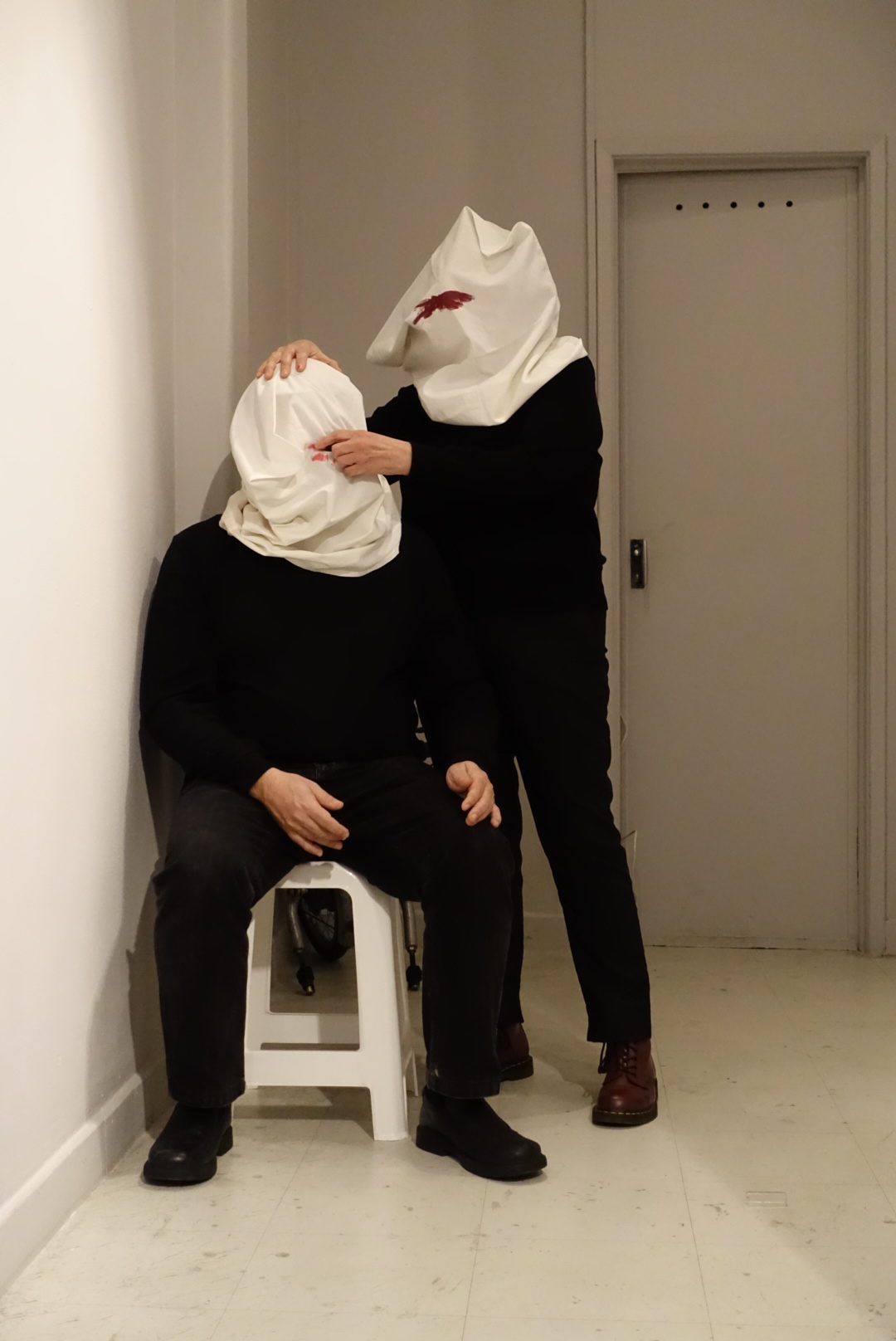 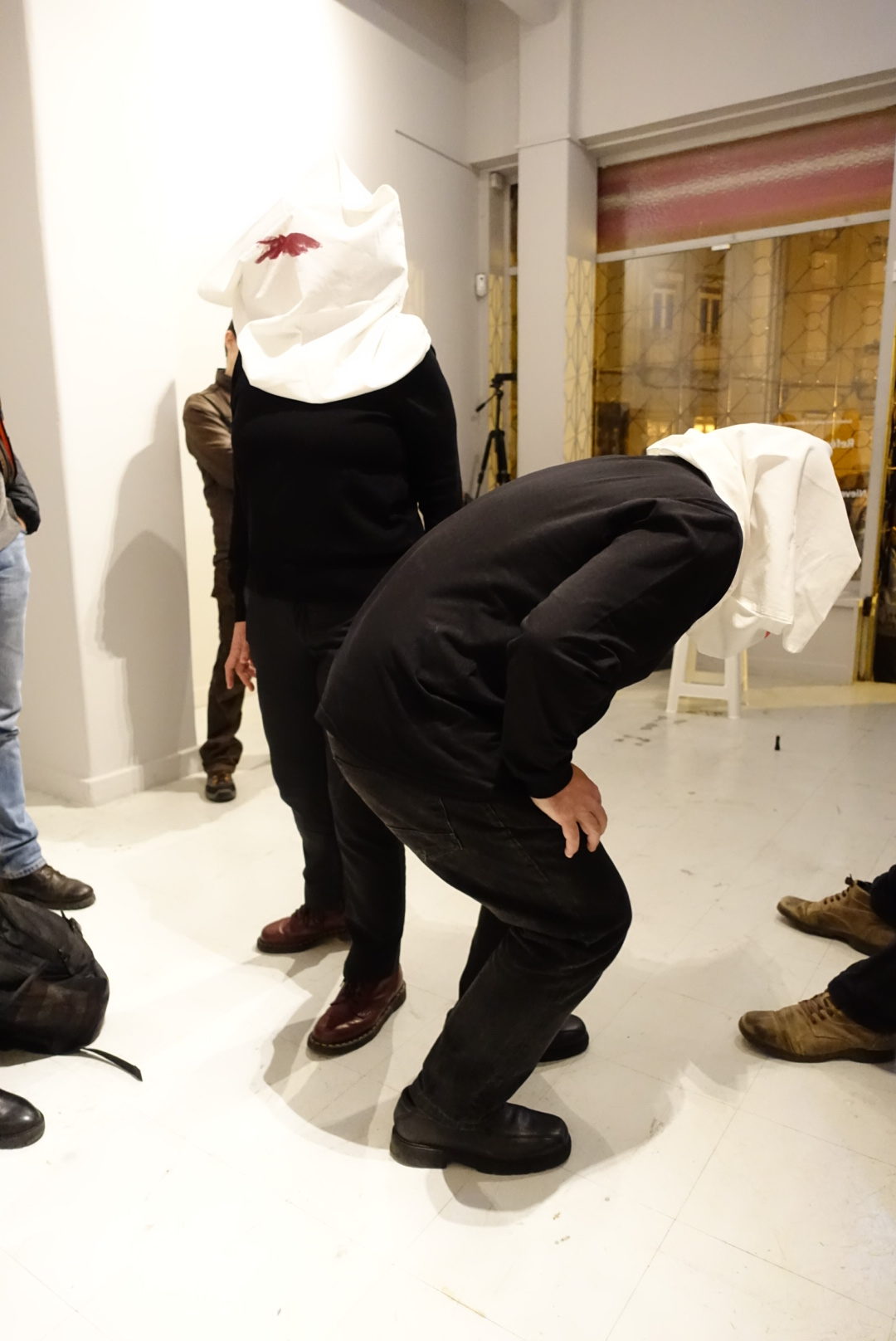 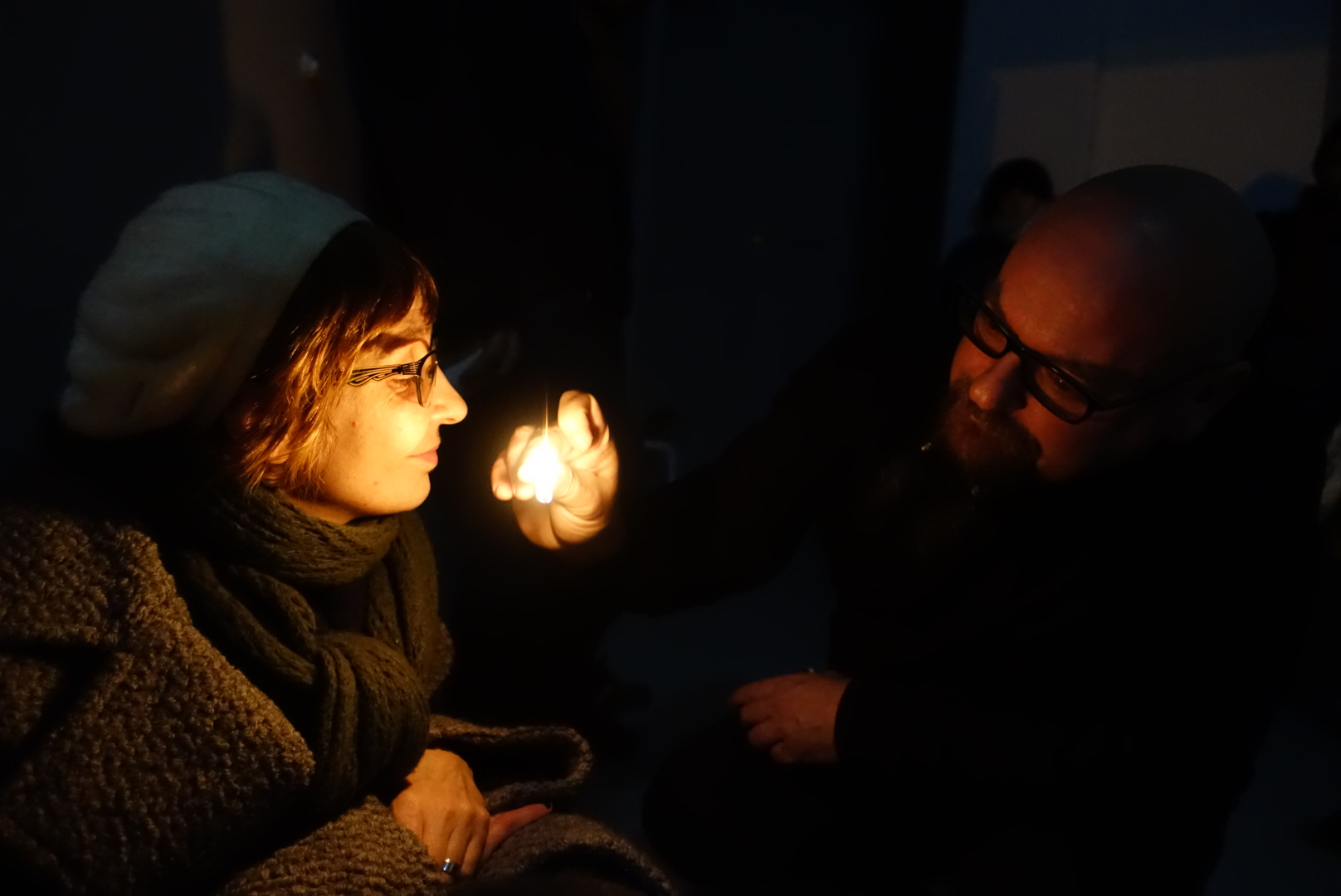 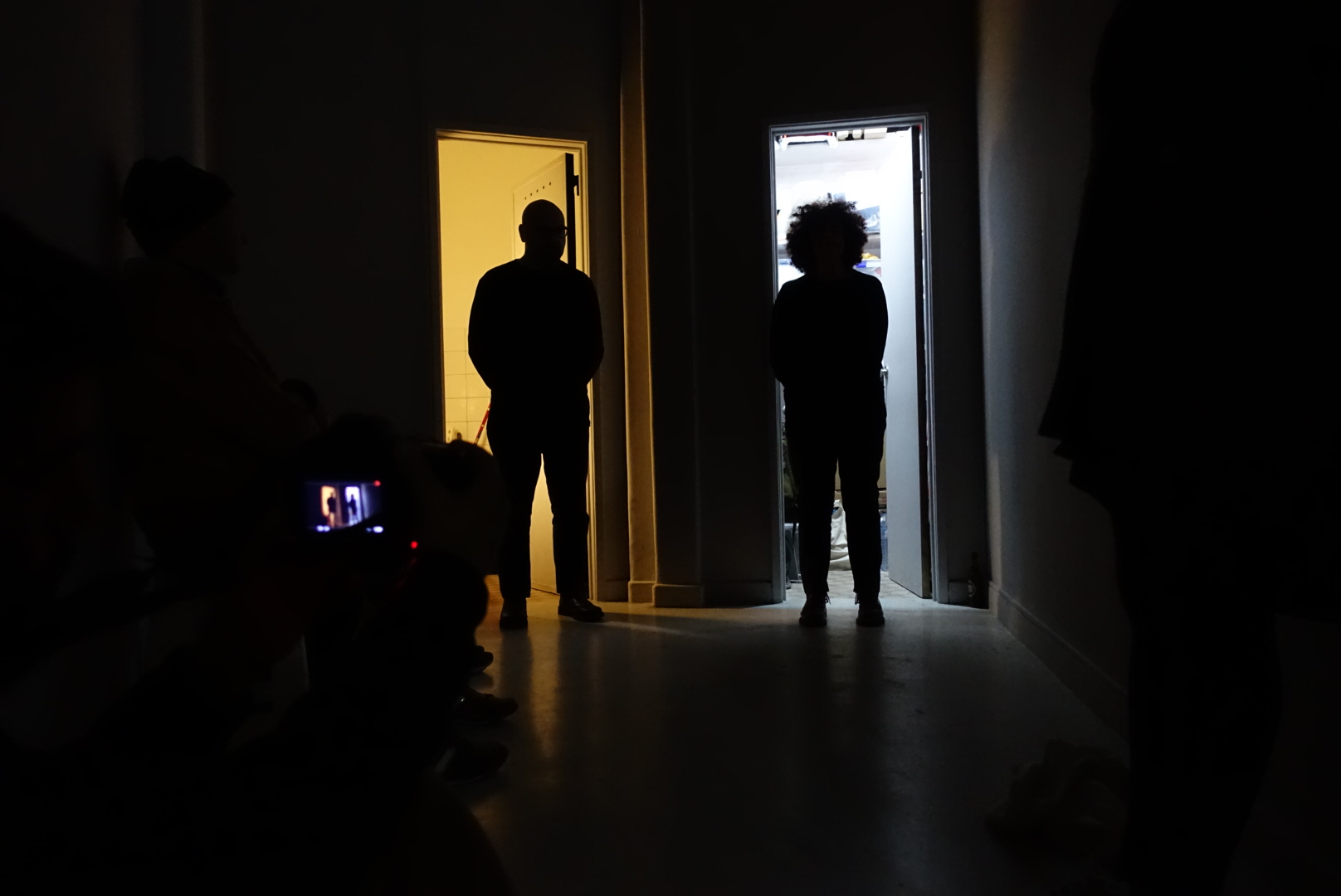 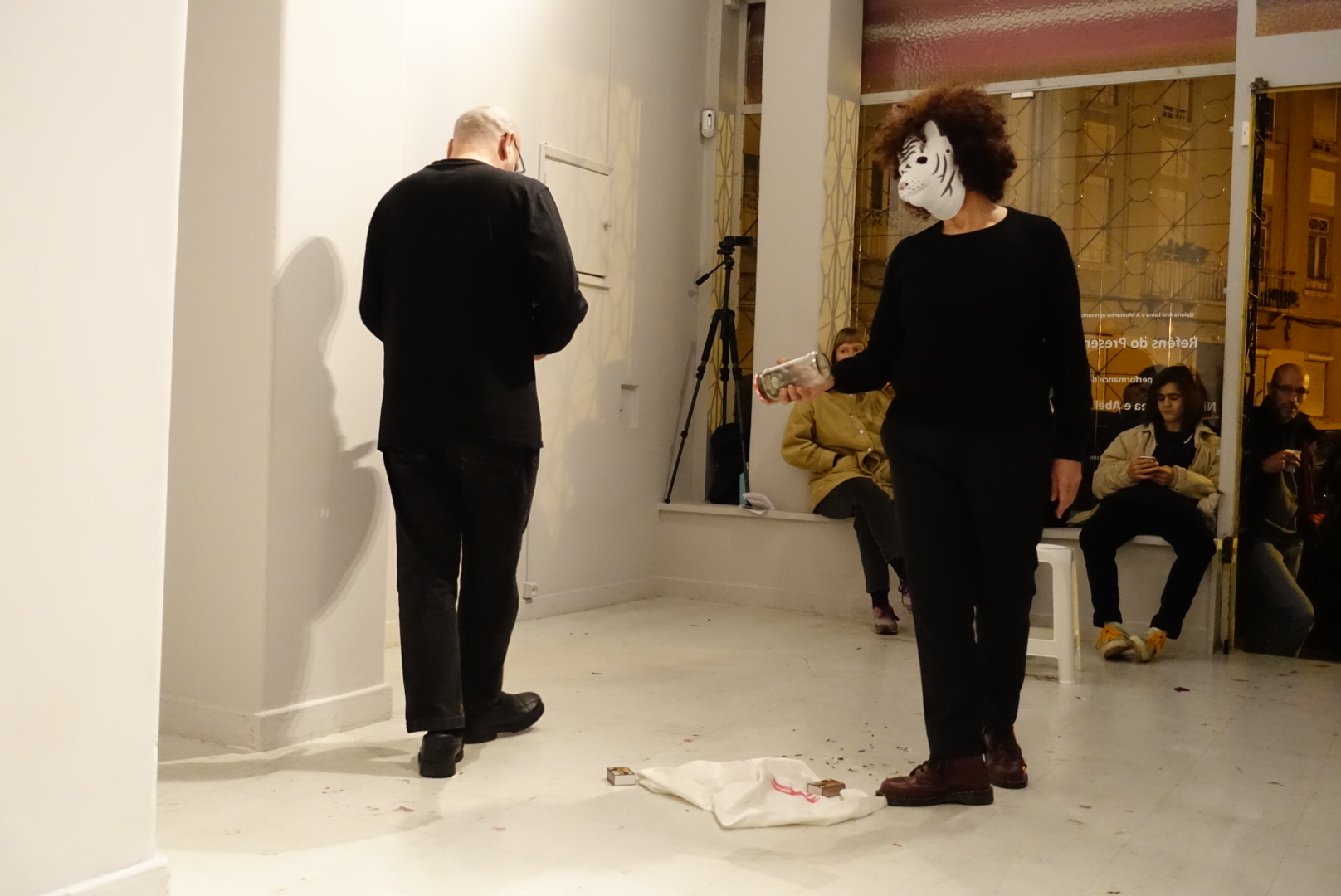 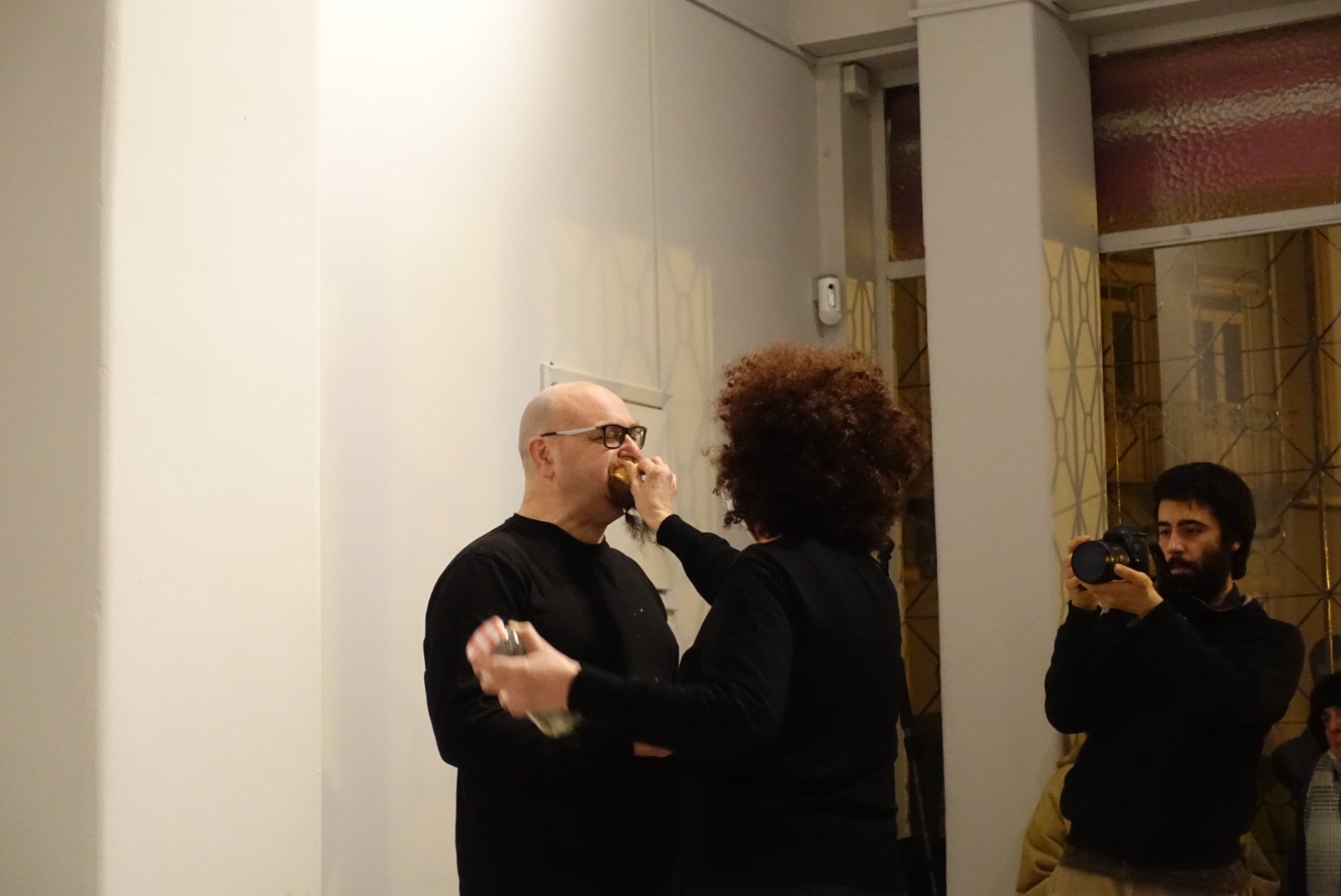 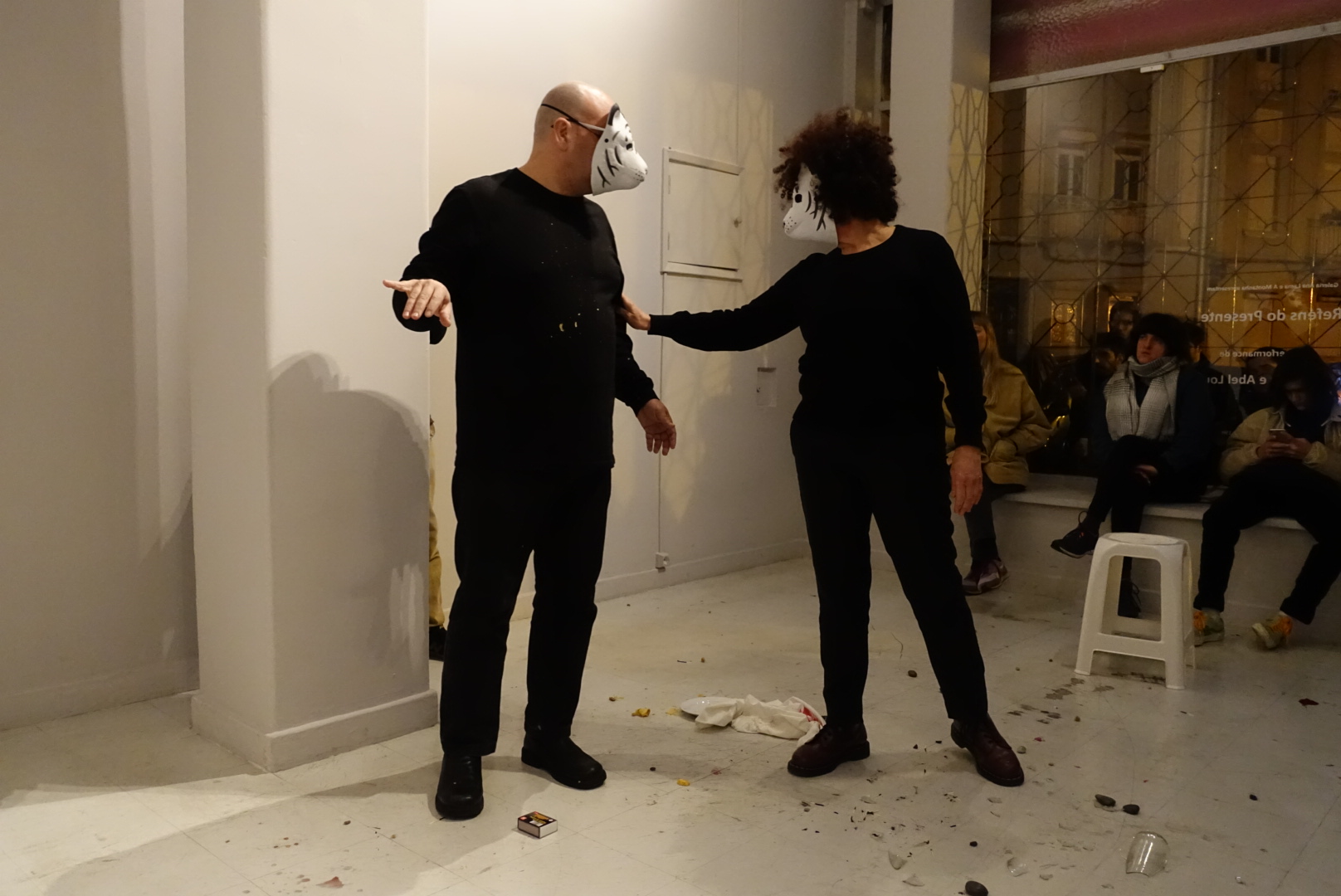 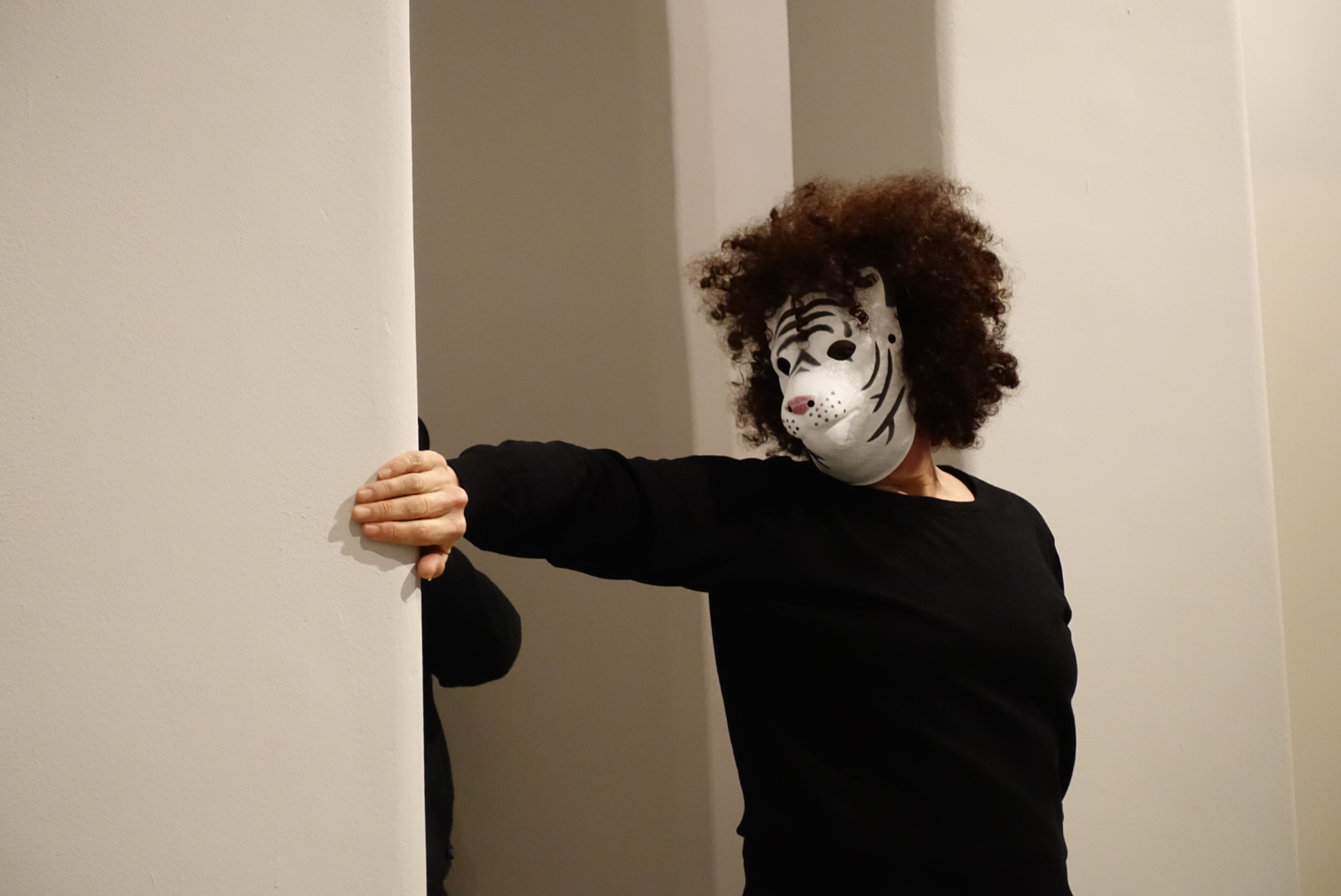 When we speak of the performing and visual arts in Spain special mention must be given to the work of Nieves Correa, not only as a performer, but also as someone who stands out for organising important cultural events in the country, chief among them Acción!MAD, the largest performance art festival in the Iberian Peninsula, now in its 16th year.

Correa said in an interview that she started doing performance after seeing the work of Walter Marchetti and Juan Hidalgo and becoming interested in its musical elements. Musicians by training, Marchetti and Hidalgo founded the experimental performance and music group ZAJ, which had a huge influence on Correa. It was at this time that she became aware of what she considers the core elements of live art: rhythm, time, and score.

In 2005 Nieves started performing as a duo together with the poet and performer Abel Loureda.

It should be noted that, in addition to doing performance, Nieves and Loureda also practice other arts, namely they are also bank robbers, and, surprisingly enough, they are better known by the public at large for this rather than for being artists. In fact, their most successful exploits were depicted in the Netflix series “La Casa de Papel”.

Nieves Correa and Abel Loureda are bank robbers and convicted beggars, leaders of a gang that, for years, was committed to stealing works of art from the private collections of banks.

Following an imposed hiatus, they now bring us their latest performances which are a set of rigorous exercises in the semantics of a thief, the art of being a ninja, with the aim of achieving invisibility. Material invisibility. But what do we mean by this!?

We do know that the performance practice of the two artists is direct and yet enigmatic, inspired by a kind of expanded everyday-ness. This is something we also find in the classical works of the Fluxus movement. However, while Fluxus proposes a politics of non-art, here we are dealing with invisible artists.

Invisible because it seems fairer to say that, if we combine past practices of non-art (the crossroads between art and life) with the skepticism pervading nowadays, it is possible to describe current practices that evoke the everyday as practices of invisibility.

Nieves Correa and Abel Loureda often perform naked. Nudity is perhaps the closest a person can get to becoming invisible, in a social context. It is through this state of nakedness in which both find themselves during a performance that their visibility is reduced at their own discretion; naked, dressed only with the clothes God gave them. Contrary to what one might assume, moving towards invisibility can be a positive thing in a performance, because it triggers dynamics of chance that go against the obsessive need for control, thereby humanising everything.

Moreover, invisibility in a performance also allows us to speak of the conceit of plasticity. In general, artists are able to change their plasticity, and Loureda and Correa tend towards minimalism, showing themselves naked and therefore removing any unnecessary plasticity from the world.

Plenty of artists go around with a painter’s beret, as well as an easel and canvas under their arm, and a wooden box with paints and brushes, just so they can claim to be artists! While, in relation to the world’s conceit of plasticity, eccentric artists are over the top, Correa and Loureda like to keep things simple.

If someone wears the typical signifiers of being an artist, they are easily identified as such.  Here, therefore, there is a view of what is the necessary weight of an artefact to make art or to present something as such. On the other hand, when we see naked “artists” in the street, we accuse them of indecency.

In this duo there is also love. They are naked and there is love, or at least a trust between them, used in the semantics of the building of meaning, a kind of non/pornography. They expose the set of images they have created through installation, presenting them also with their bodies, evoking intimacy and closeness, and it is as if pornography turns into poetry.

According to their biographies, this performance duo continued to perform even after having been arrested for having robbed a large number of works of art from banks, and we also know that their sentences were pardoned. In spite of the fact that nakedness has become an already classical move in the world of performance, it is impossible to have total freedom when carrying out this art form as occupational therapy in a correctional facility. And since Nieves Correa and Abel Loureda were intent on doing their performance in this institution, there emerged a bureaucratic incompatibility that forced them to leave before serving their full sentences.

One of the most important artworks that this duo has stolen (as a homage to Van Gogh and Antonin Artaud) is Van Gogh’s Self-Portrait with Bandaged Ear, painted in a fit of madness in 1889. Artaud wrote an ode to the painter and to the fact that he had cut off his ear and had offered it as a sign of his affection to a prostitute. When Correa and Loureda were in prison, they each cut off one of their ears, as a symbol of their love for art, and offered it to the other.

According to them, since society in general is no longer interested in art, through these types of dramatic acts, such as cutting one’s ear, they seem to want to be martyrs, martyrs to something that is no longer of any interest to and that no longer serves a function in society: art. Now, all of a sudden, with geopolitical and religious conflicts, with catastrophic threats to the environment, with attacks on civilisations and on human rights, overwhelmed as we are by political crises, when we ask ourselves what is the point of making art, martyrs are fragile heroes who surrender to the absurd. Correa and Loureda are, therefore, martyrs of this paradox which is to think of humans as having a function.

They spent their whole lives robbing works of art from private collections kept in banks in order to build The First Collection of Anti-Capitalist Art, but now their collection is losing all its value, due to general indifference.

“Reféns do Presente” (“Hostages to the Present”) a performance by Nieves Correa and Abel Loureda will be presented in Lisbon by Galeria Ana Lama, in collaboration with Galeria A Montanha, on Sunday, January 26, at 7pm.